Serve Georgia Pulled Pork BBQ on large, crusty buns with a mustard based-BBQ sauce. Garnish with dill pickle spears, thinly sliced raw onion and pickled pepperoncini (Italian banana peppers) or any topping you would like. Serve with crisp, homemade slaw. Suggestion is Georgians would put the cole slaw on the pulled pork sandwiches...that's up to you.

Place one sliced onion at the bottom of Crock Pot. Season pork roast with salt and pepper. Place roast in slow cooker on top of the sliced onion. Cover with the second sliced onion and add enough water to fill Crock Pot two thirds of the way. Cover and cook on low 8 to 12 hours. Remove roast. Remove and discard bone and fat as well as any water, onions and grease remaining in pot. When pork roast is cool enough to handle, use a fork or your fingers to pull it apart until the entire roast is shredded. Return the pulled pork to the crockpot. Mix in the chopped onion and BBQ sauce and cover. Heat on high for 1-3 hours or until the onions are soft. 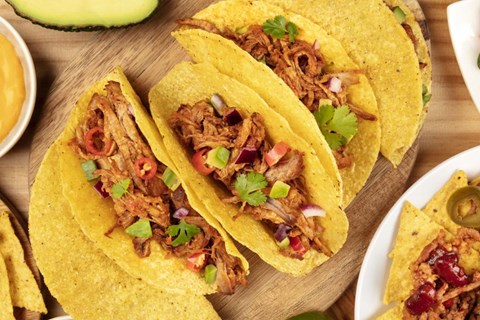