Quesadillas: Marinate chicken overnight in fresh lime juice, zest, salt and pepper. Shred all 4 cheeses then combine together and set aside. Grill the marinated chicken until cooked through, approximately 7-8 minutes. Grill the corn-on-the-cob until grill marks appear around entire cob. Grill Poblano pepper lightly, about 2-3 minutes. Remove the Poblano pepper skins then chop and set aside. Slice the grilled marinated chicken into small strips, about ½ inch thick and 1 inch long, set aside. Remove the corn from the cob and set aside. Chop chipotle pepper, bell pepper, and scallions. Combine in 1 bowl and set aside. Chop cilantro and set aside. Heat a medium-size skillet with 2 tablespoons coconut oil. Combine black beans, chipotle pepper, bell pepper, and scallions in skillet over medium heat. Cook 2-3 minutes, until pepper become slightly translucent. Add corn, poblano pepper and chicken to skillet – just to re-heat ingredients, approximately 1 minute. Preheat another skillet, flat-top grill, or gas/charcoal grill to medium heat.

To assemble and cook each quesadilla: Place one tortilla on the skillet or grill. Add approximately 1 cup of combined shredded cheese to 1 half of side of tortilla. Add cooked ingredients plus a pinch of cilantro to other half or side of tortilla. Cook on each side approximately 2-3 minutes, cheese should be melted and light grill marks on the outside of the tortilla.

Guacamole: Combine all ingredients in a bowl and mix/mash until creamy consistency (or less if lumpy consistency is desired).

Sour Cream Sauce: Add all ingredients, except scallions, in a bowl and mix until combined. Garnish with scallions.

Pineapple Sriracha Sauce: Add all ingredients to a blender or food processor and mix until smooth texture. Sauce can be inserted into a squeeze bottle for garnishment on quesadilla. 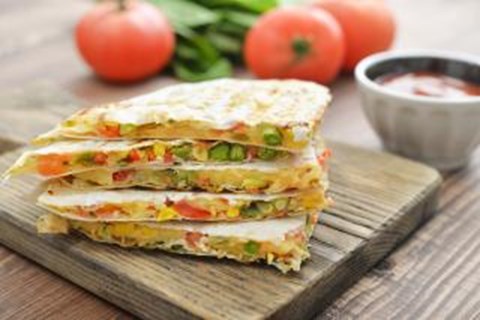 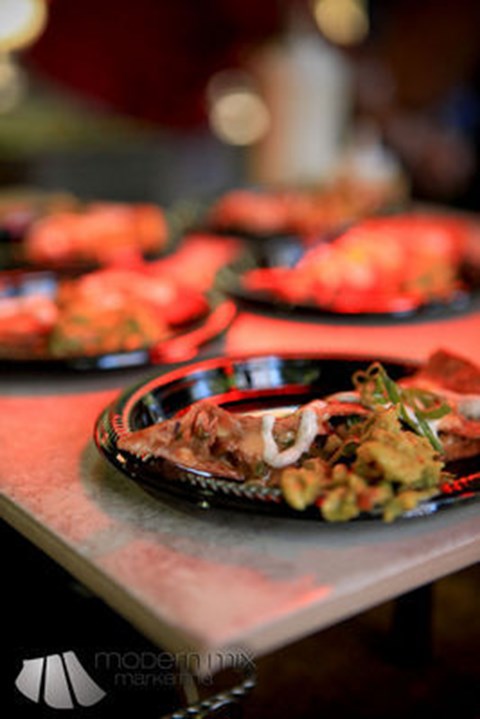