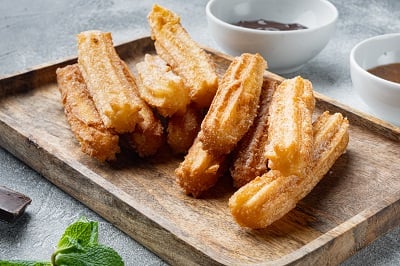 Airfrying lends an airy crunchiness to this traditionally fried treat. Serve these with Mexican Hot Chocolate (recipe follows) for the ultimate sweet course

1. Place the AirFry Basket onto the AirFry Pan. Coat the basket with nonstick cooking spray. Reserve.
2. In a medium saucepan over medium-high heat, combine the water, 3 tablespoons butter, vanilla extract, 1 tablespoon sugar, and salt. Heat until the butter has melted, the sugar has dissolved, and the mixture has come to a boil. Remove from heat and stir in the flour with a wooden spoon. When all the flour has been incorporated, the mixture should have a paste-like consistency. Allow to cool for 5 minutes.
3. Meanwhile, put 2 tablespoons of the cold butter in a small, microwaveable measuring cup or bowl. Place in the Cuisinart® 3-in-1 Microwave AirFryer Oven, select the Melt/Soften microwave preset A-3, and press Start to melt the butter. Remove and let cool. Then combine ¼ cup of the sugar and the cinnamon in a separate, shallow bowl. Reserve melted butter and cinnamon sugar.
4. When the flour mixture has cooled, use a hand mixer to beat inthe egg on low speed. The mixture may separate initially, but willcome together again after 2 to 3 minutes of mixing. When smooth,transfer the dough to a piping bag fitted with a large open-star tip.Alternatively, you can fill a large plastic food storage bag and snip off a bottom corner.
5. Pipe 4- to 5-inch-long churros directly in the prepared basket. Usea knife to cut the dough from the tip. The basket should fit about 12churros in a single layer, but churros can be piped and baked in twobatches if necessary. Dust the churros with powdered sugar; this will promote a golden brown and crisp exterior.
6. Place in the Cuisinart® 3-in-1 Microwave AirFryer Oven. Select Oven/AirFry, set the temperature and time to 400°F for 8 minutes,and press Start. Churros are done when golden brown all over.
7. When out of the oven, carefully release the churros from the basket,brush all over with melted butter, and dredge in cinnamon sugar mixture. Serve immediately. 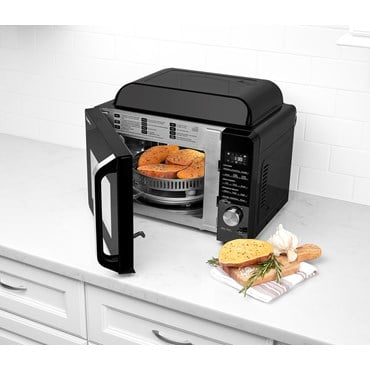 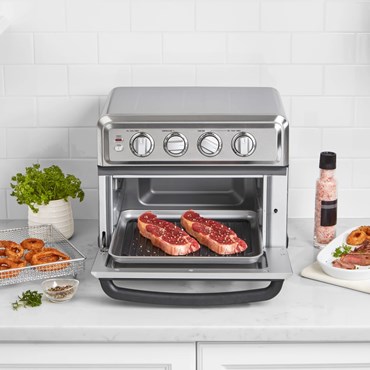 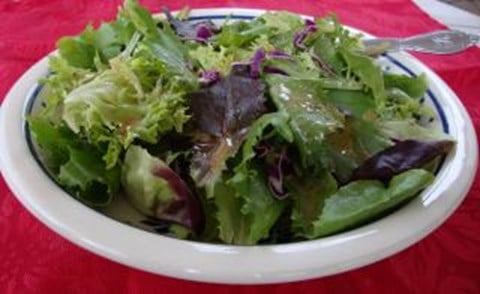