To me, there's nothing better than a great breakfast. For the home cook, making breakfast at home doesn't mean you have to sacrifice quality or elegance. You can not only be creative and use elements that aren't traditionally used for breakfast, but you can have fun with the ingredients as well.

For the latkes: Directions: 1) Preheat oven to 250°F. Peel potatoes and coarsely grate by hand, transferring to a large bowl of cold water as grated. Soak potatoes 1 to 2 minutes after last batch is added to water, then drain well in a colander. 2) Spread grated potatoes and onion on a kitchen towel and roll up jelly-roll style. Twist towel tightly to wring out as much liquid as possible. Transfer potato mixture to a bowl and stir in egg and salt. 3) Heat ¼ cup oil in a 12-inch nonstick skillet over moderately high heat until hot but not smoking. Working in batches of 4 latkes, spoon 3 tablespoons potato mixture per latke into skillet, spreading into 3-inch rounds with a fork (I wanted my latkes tight and patty-like so I formed them in my hands). Reduce heat to moderate and cook until undersides are browned, about 5 minutes. Turn latkes over and cook until undersides are browned, about 5 minutes more. Transfer to paper towels to drain and season with salt. Add more oil to skillet as needed. Keep latkes warm on a wire rack set in a shallow baking pan in oven. Directions (for the crabmeat topping): 1) Mix ingredients well; heat a skillet on medium-high heat and toss crab mixture until heated through. Set aside. Directions (for the Hollandaise): 1) In a blender, combine egg yolks, pepper, and 1 tablespoon of lemon juice. 2) In a small saucepan, melt the butter and heat until bubbling hot. 3) Cover the blender and blend the egg yolk mixture on high speed for several seconds. 4) Either remove center cap of blender lid or carefully remove the lid itself with blender still running. 5) Pour hot butter in a thin stream into whirring egg mixture. Taste sauce and adjust seasoning with lemon juice, salt, and pepper. Note: If sauce gets too thick, add one tablespoon of hot water at a time to make it thinner. Final preparation: Arrange by placing crabmeat on top of latke; top with poached egg. Spoon Hollandaise on top; garnish with chopped fresh parsley. 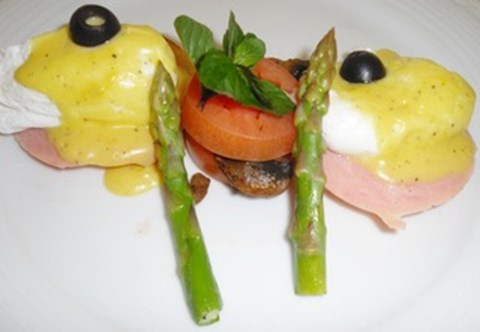 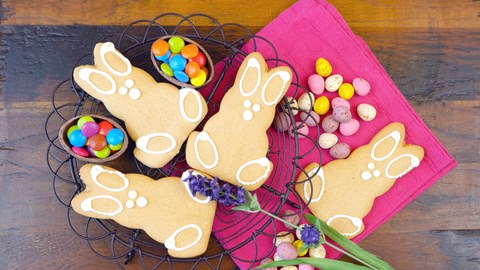 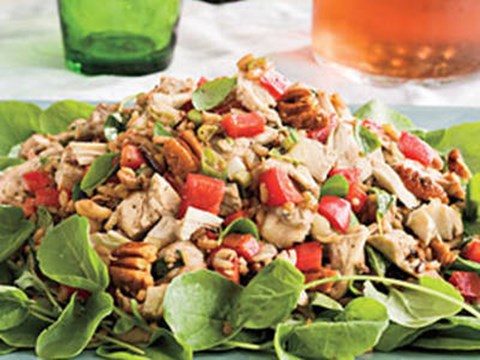 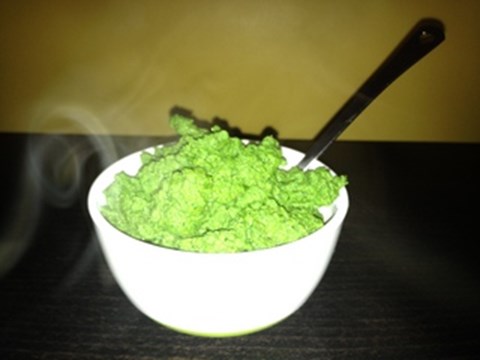