Cuisinart original
Our cinnamon swirl buns are the BEST!

Place warm milk and yeast in Cuisinart mixing bowl with a pinch of the sugar and stir. Let stand until foamy, about 5 to 10 minutes. Insert the flat mixing paddle. Add the remaining sugar, sour cream, butter, and eggs. Mix on speed 1 for 1 minute. Add salt and 3 cups of the flour. Continue to mix on speed 1 until smooth, 1 to 2 minutes. Scrape the bowl and paddle. Remove the flat mixing paddle and insert the dough hook. Remove and reserve ½ cup of remaining flour. While mixing on speed 2, add the larger portion of flour, ⅓ cup at a time, allowing the flour to be almost totally incorporated before each addition. If dough is too sticky or does not form a "loose" ball that cleans the sides of the bowl, add enough of the remaining flour, 1 tablespoon at a time until it does. With the stand mixer on speed 3, set the timer for 8 minutes to knead the dough. Transfer to a large bowl and cover with plastic wrap. Place in a warm, draft-free place and let rise until doubled in volume, about 60 to 90 minutes. Place the brown sugar, granulated sugar and cinnamon in a small bowl and stir to combine. Punch dough down to deflate. Divide the dough into 2 equal pieces and let rest 10 minutes before continuing. Lightly coat two 10x2-inch round baking pans with cooking spray. Flatten each portion of dough into rectangles about 15 inches long and 8 inches wide. Spread each with softened butter within ½-inch of one long side and to the edge of all the others. Sprinkle each evenly with half the sugar/cinnamon mixture. Roll as for a jelly roll, ending with the unbuttered side. Pinch along long side to seal. Cut each with a serrated knife into 12 equal portions. Arrange 12 cinnamon buns in each of the two prepared pans. Cover with plastic wrap and let rise until nearly doubled in volume (see Note). Fifteen minutes before baking, preheat oven to 350°F. Bake Cinnamon Swirl Buns for 25 to 35 minutes, until puffed with golden tops and hollow sounding when tapped. While baking, place the cream cheese and butter in the Cuisinart mixing bowl. Insert the flat mixing paddle, and whip the cream cheese and butter on speed 8 until smooth, creamy and fluffy, about 1 minute. Scrape the bowl and whisk. Add vanilla and milk and whisk on speed 8 until blended. Add half the powdered sugar. Stir on speed 1 until sugar is incorporated. Add remaining powdered sugar and stir on speed 1 until incorporated. Mix on speed 8 for 1 minute until light and fluffy. Spread about 1 tablespoon of Cream Cheese Frosting on each warm Cinnamon Swirl Bun. Serve. Note: If you wish to have warm, fresh Cinnamon Swirl Buns in the morning, dough may be mixed, allowed to have its first rise, and shaped the night before. If doing the night before, place covered pans in the refrigerator to rise. Remove from refrigerator and let stand at room temperature one hour before baking. If you wish to freeze Cinnamon Swirl Buns after baking, do not frost. Re-warm in a conventional oven (microwaving is not recommended) and frost before serving. 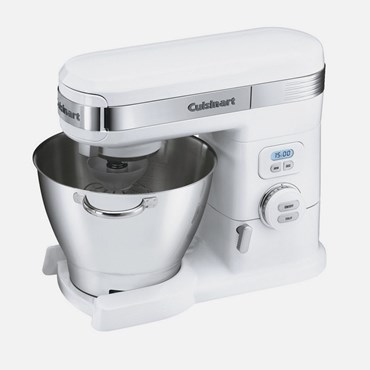 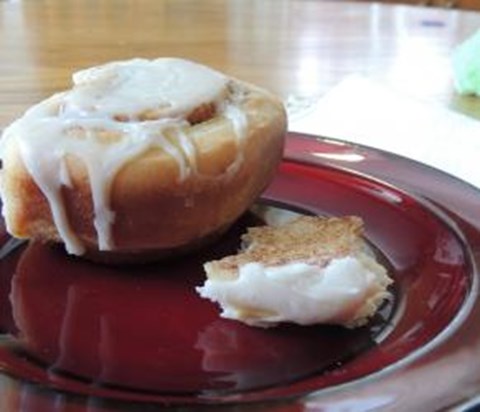 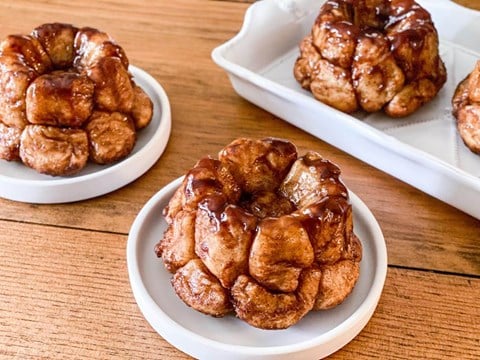 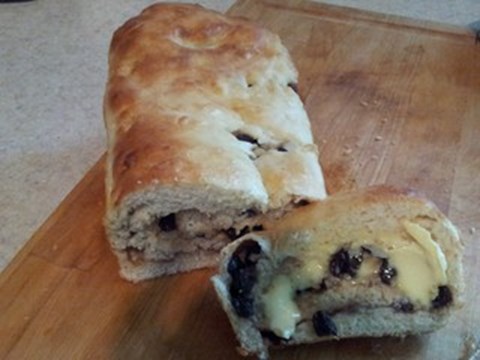